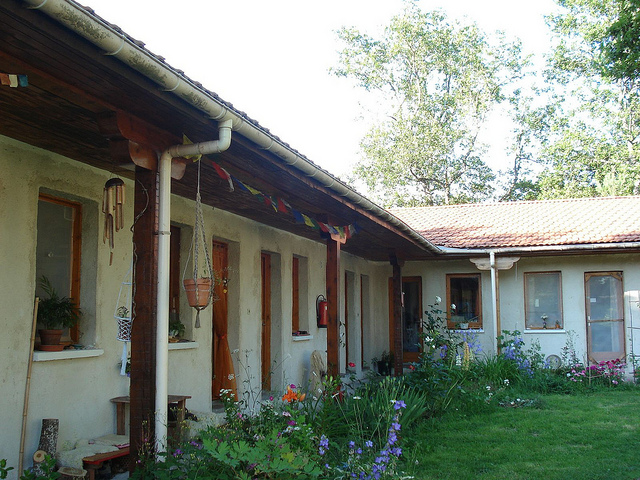 Since September 2012, we have been using one of the women’s retreat centres (Teudreul Ling) for regular three-month retreats. Each retreat has its own theme and programme. Life in retreat is the same as in the three-year retreat, but for a shorter time. Complete transmission, teaching and guidance for the relevant practices are given by the teachers in charge of retreats (drupons): Lama Rinchen and Lama Chonyi.

Concerning this initiative, the Karmapa said in October 2011: “I have no objections. It’s good to experiment.” On a visit to the retreat centres in November 2014, delighted at the success of the 3-month retreats, he authorised us to continue using a retreat centre for them, and encouraged the men to do the same, which is now the case.

During his visit in August, at a meeting with the drupons, the Karmapa confirmed the date when the next three-year retreat will start: Tuesday 12th November 2019, with the pre-retreat starting immediately after the end of the current retreat (Thursday 15th August.)